10. Lord Marksman and Vanadis ( Madan no Ou to Vanadis )

In this anime, the couple becomes friends much sooner. The main character Tigrevurmud is taken as a prisoner of war by the opposing nation, who also sends a war maiden named Vanadis. To placate the tensions of the war even though the main character is taken as a prisoner. He soon talks to the guards and manages to free the town. He had control over, as the story proceeds other women on the opposing side fall in love with Tigrevurmud as well so more of them are married but ignoring its romantic aspects, the show also has some deep love and is a gradual exploration of war and freedom.

The title of the anime screams about it the premise of the show is rather simple. when you have a hero who fights against the demon lord to prevent a demon lord typical isakai stuff but then the hero invades the castle and sees the demon lord then thinks crap the demon lord is actually a hot demon girl. The demon queen also seems to have good convincing powers as, she explains the war will only destroy both the races, and instead, they should reunite to find peace between both the demons and the humans. Personally, it was a great twist from the regular hero vs demon guy trope used in anime so much these days. Their plan to unite the demons and humans follow along and so does the blossoming relationship between the two of them.

Love can exist between anyone and by that mean not just rivals even between different species. The best example of this is the romance between Toshihiko and Yuka Kamitsuki. Toshihiko is the latest heir of a family that is used to hunting demons and Yuka is one such demon. These demon hunters are called Kifuuken and are trained in military schools on how to kill these demons but not known to his friends and family. Toshihiko continues his forbidden romance with Yuka. The shows are a fresh take on the enemies turning lover’s niche of romance anime and rather than using it as a mere plot device. The shows actually focus on the relationship between the two of them and manage to show that love is the ruling force of the world after all.

The romance of Guts and Casca should come along somewhere in the list. Berserk is one of those anime with a die a hard fan base, who at one-time praise. The manga is adapted from or at other times cry about still not getting a good adaptation for such worthy material. Berserk is good on so many levels. It is a typical revenge story of a man named Guts but the story slowly explores many different levels from a revenge story like what attack on titan is doing right now, but one thing the 1997 adaptation of this series focused on was the romance between Guts and Casca. Their methods and ideologies clash at first with Guts being the crazy killing guinea pig. He and Guts taking a more strategic approach but soon the two of them find love across the battlefield as the odds increase against them.

Baldios is the love story between two enemies Aphrodia and Marine. Aphrodia’s brother is killed by Marine in self-defense and Aphrodia plans her revenge in order to kill Marine. Things progress the two find their viewpoints not so much changed and it doesn’t take long for the romance to blossom. Baldios does many things better than much other anime. It has a female lead who actually manages to act like a character instead of becoming the useless hostage blackmail pawn or dumb love interest. It also is a show where the twists show that good guys aren’t always the winners. So if you are on time for some popcorn and classic give this one a watch.

Imagine if you trap two cats in a cage and give them one mouse to catch that’s what their love feels like they both want the same goal but won’t think twice about cheating on the other person. Lupin III is about the thief known as Lupin and the various crimes he does along with his adventures. He meets a woman called Fujiko Mine. The two become friendly rivals in the beginning but soon get together from time to time to achieve their goals. When the goal is mutual Lupin soon becomes infatuated with Fujiko, but Fujiko rarely reveals her feelings but it is hinted at moments that she does indeed love Lupin but she isn’t going to straightforwardly admit it as he does.

This is a tragic love story. Masamune Makabe is a rather fat boy, who has a crush on Aki Adagaki, one of the wealthiest girls in the school, but when he tried to confess to her she cruelly rejected him and gave him the nickname of pig’s foot. Not the best way to start a relationship but Masamune trains and changes his name as well soon he comes back is one of the most handsome boys in the class and proceeds to seduce Aki. His goal simply seduces Aki and makes her confess to him. Before brutally rejecting her apart from having an interesting premise. The shows also know how to keep the tension of these rivals well-balanced the ending is not going to be everyone’s favorite but don’t let that keep from enjoying this love-inspired revenge story.

A Silent Voice because of the character transformation of Shouya Ishida the main male lead of the story. He initially acted like a bully toward a girl named Shouko Nishimiya, who was deaf and had hearing problems. Now the times have changed and he finds him growing pessimistic and anti-social. A silent voice is more than just a simple love story, it is all about how we understand each other and how to accept everyone’s flaws. It is a genuinely good slice of life show about self-realization. So if you want some tears plus depression then the silent voice is the show you should add to your watch list.

It’s a good harem anime and on the other side, it’s a show about rivals destined to love each other forcefully. In the world of Nisekoi, there are two gangs named yakuza and Bee Hive. The gang leader of yakuza has a young boy named Raku Ichijou and the Bee Hive gang’s leader has a daughter named Chitoge Kirisaki. They first meet unexpectedly at school but soon realize that their fathers have made a plan to keep peace within the city by faking a relationship between Ichijouand Kirisaki. The story follows their rivalry while pretending to be lovers. It also has a mystery story behind it, but rather than the mystery it focuses on the love and tension of the Ichijou and Kirisaki relationship, and this anime is a perfect match for the enemies becoming lover’s niche.

Call this the McDonald’s anime because the devil satan the ruler of the underworld escapes to the world above after a war and now works as a part-timer in a restaurant that very much resembles McDonald’s. The war was led by a female hero who managed to corner the army of the devil in his castle but also got accidentally teleported to the world. Now the devil and the hero are mortal enemies but once they are teleported to the current world they soon learn to overcome the odds by joining forces. This doesn’t happen so easily the hero still bears the grudge for what the devil did to his family. So even friendship is on the line for the two of them. The two of them slowly grow closer over time and the relationship even develops as the light novel progresses and if you want an anime where enemies turn rivals then this reverse isekai is a must-watch.

Get the best viral stories straight into your inbox! 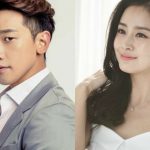 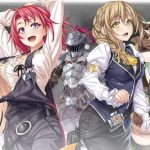 Back to Top
Close
wpDiscuz
1
0
Would love your thoughts, please comment.x
()
x
| Reply