Romance is one of the greatest genres that, whenever done right, hits right in the fields. A popular topic everyone likes to talk about is when a romance anime popular girl falls in love with an unpopular guy. It can be in any setting, being in a school or fantasy.

So it doesn’t have to focus on one aspect strictly, but rather a general selection of shows pretty much the title explains it. All a girl is popular with her peers and gets attention. While the guy is a loner or simply not popular among others, but somehow gets noticed by a popular girl. Then falls in love with an unpopular boy.

Here are the top 10 good anime lists where the unpopular MC nerd guy gets a popular girl. 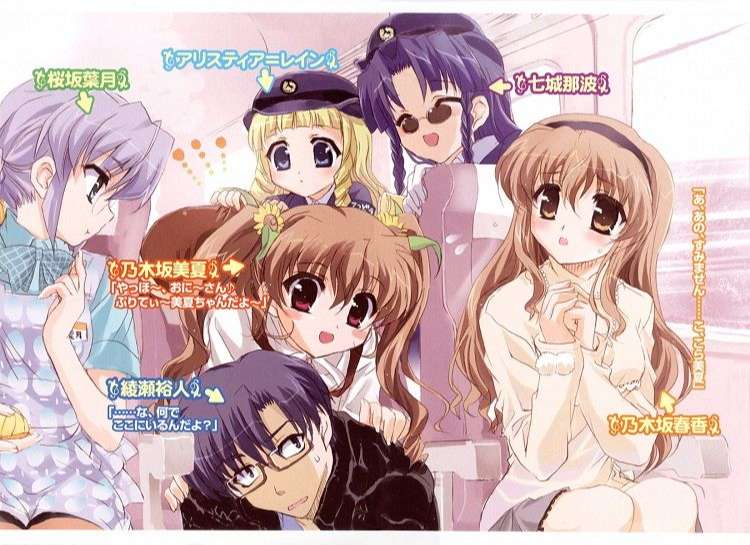 Hakujo Academy is a private high school with a student body filled with elite students. At the top of this list is the beautiful Haruka Nogizaka, an intelligent and wealthy girl from a prestigious family. And She is by far the most idolized girl at the school.

Her popularity is so great that her classmates give her French nicknames to express their infatuation further.
Yuuto Ayase is a timid boy who has the unbelievable luck of sitting in class with Haruka every day.

Like many others, he admires her from a distance. Never even dreaming of approaching her. But with a sudden twist of fate Youto’s random visit to the school library brings her Haruka darkest secret to light. One which could potentially destroy her current reputation of elegance.

As it turns out, the school’s most beloved princess is a huge otaku. This revelation marks the beginning of a beautiful friendship between these two classmates. 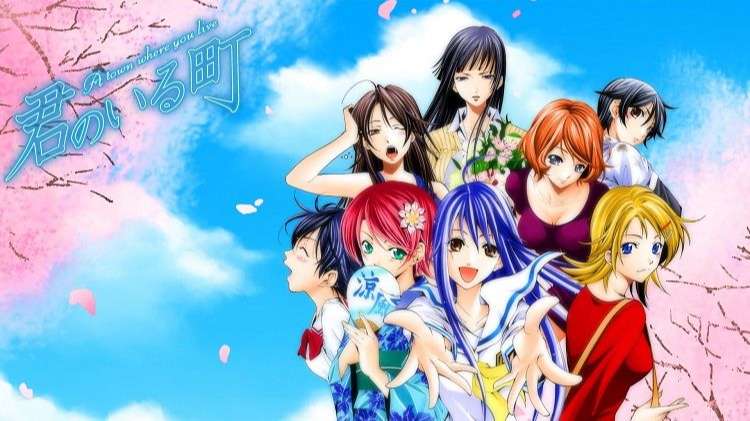 Haruto Kirishima lived a calm life out in the countryside, away from the city’s fast-paced life. Then Yuzuki Eba appeared in his life out of nowhere. Having come from Tokyo to live with her family briefly.

Their time together left him enamored with the memories of that short period. Before, she just as abruptly disappeared from his life and left him full of questions. Kimi no Iru Machi begins sometime later after Haruka moved to Tokyo to live with his sister to pursue a career as a cook.

In reality, though, he wishes to be with Yuzuki. Things don’t start well, though, when Yuzuki arrives. He is mistaken for a burglar and attacked by his sister’s neighbor Mishima Asuka.

After the misunderstanding is cleared, his feelings begin to waver though. Eba, who keeps avoiding him for seemingly no reason the one for him, or is it Asuka. 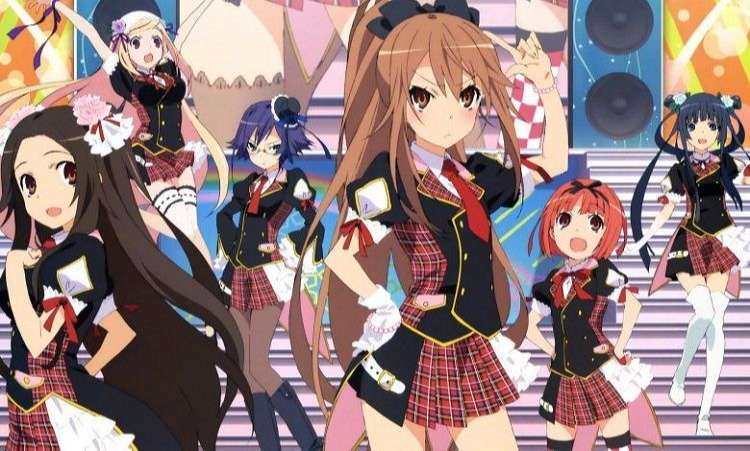 Ookami Ryouko is a spunky and, by some accounts, rather manly high school girl. She is tall, speaks in a traditionally masculine way, and is very proficient in fighting. Ookami-San’s best friend is the small and high-pitched voice, Akai Ringo.

Incidentally, the two are rather flat-chested. A fact narrator voiced by Ryuuguu Otohime of railgun fame is all too eager to point out. Otohime and Ringo are members of the Otogi Bank, a club in Otogi high school. That assists students with their problems in return for their help on a different problem later.

Thus the Otogi Bank is effectively a loan Institute for problems where you can take out a loan for a solved problem. But you have to repay it sooner or later. The Otogi Bank can solve any problem and will go to any lengths to do so. Often leading the members to danger.

Since most of the club members are female, another male is needed for the more dangerous assignments. Thus the fear of being looked at by Morino Ryoushi is inducted as a member right after he confesses his love for Ookami.

Okami-San and Her Seven Companions Trailer 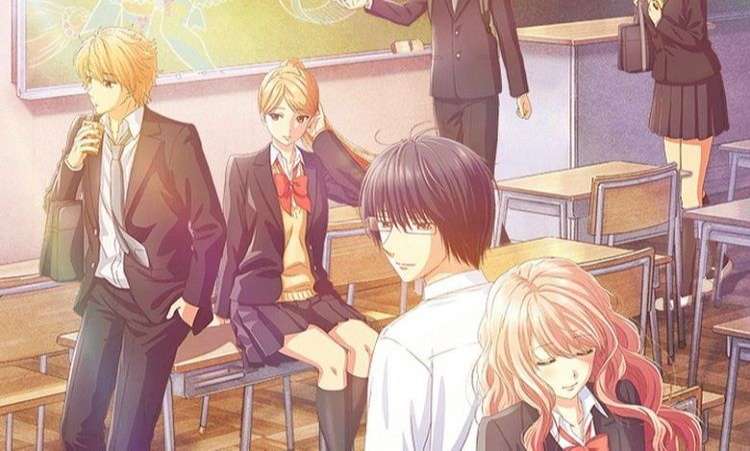 This anime is about the main otaku character who gets a 3d girlfriend. His name is Hikari Tsutsui and who e is in otaku. Hikari Tsutsui is socially awkward and gets criticized a lot by his classmates.

Simply because he is too into anime and video games, his only friend is an Itou Yuuto a gamer, who wears cat ears for some reason. But then, one day, Tsutsui meets a girl named Iroha Igarashi, a very popular girl at school. He decides to stay clear of her.

Just because he never heard any good things about her and because she is pretty popular, unlike him. Iroha Igarashi wants to break him out of his shell and experience the outside world and what it is like to have a girlfriend. She, however, doesn’t tell him the truth of her plans but to proceed.

She wants to show him a good time before her time comes. Thus begins the unusual and awkward love story of an otaku nerd and a famous popular girl. It’s a beautiful story with joy and sadness to follow. 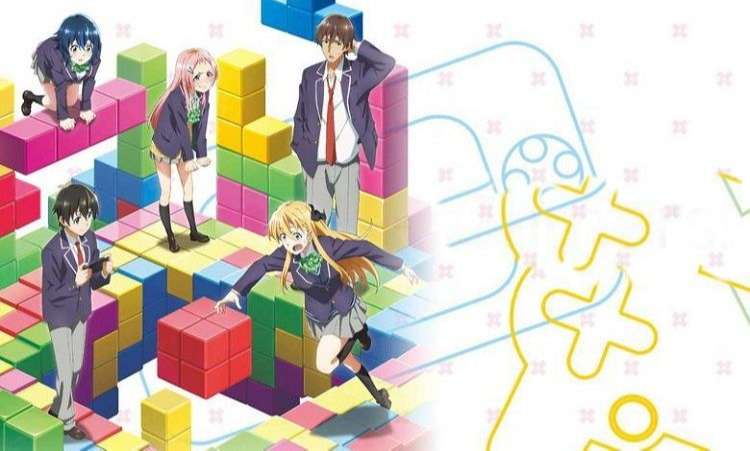 As the name suggests, this anime is about gamers. Gamer is a good old misunderstanding of the anime. It’s a series that is full of hilarious moments of misunderstandings making. It is a very funny comedy rom-com series anime where the popular girl falls for unpopular mc.

There is an average high school student named Keita Amano who likes playing games. But then, one day, the cutest, most popular girl in the entire school, Tendou Karen, approaches him. She has her eyes on the main character since she wants to recruit him to join the gaming club.

Now even though Amano is getting asked by the cutest girl in the entire school to play games with her was a miracle in and of itself. But Amano declines the offer. Turns out he doesn’t want to overcomplicate his gaming life by participating in competitions and stuff.

Of course, Karen Tendou’s interest in Amano begins to thrive because of that. But she is extremely obsessed and in love with him to the point where she even stalks him. She’s a very weird girl, but she’s very sweet though every day.

The main character almost has to adapt to Tendou Karen’s methods of getting him to join the gaming club. It’s just so fun to see those plans being plotted into action. And just like that, Amano’s everyday normal life was about to meet its end. It is a loner boy rejects girl anime series. 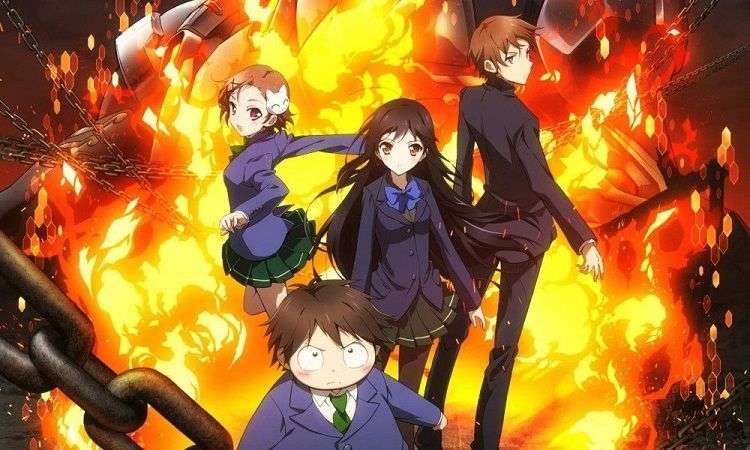 The main character Haruyuki Arita is a middle school student who gets bullied because of his body figure. And gaming always becomes his ultimate escape. Of course, he also takes pride in his gaming abilities.

It is some brainpower booster. You’ll find out more about it in the anime. So Kuroyukihime explains this program to Arita. And then asks for his help as she wants to find out the reason why this insane program was created. And that’s how the iconic duo comes together. 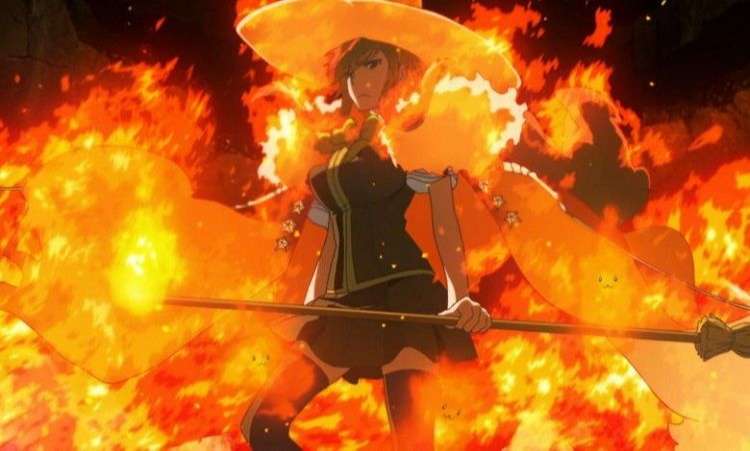 The main character Takamiya Honoka is an average guy who loves his average life. Little does he know that his every day happy and normal life would soon be the thing of the past.
His only major concern is the most popular girl in the entire school, also known as the school’s princess Kagari Ayaka. Who is loved by both girls and boys alike? She rides the same school bus as Honoka. And if there is even the slightest hint of him interacting with Ayaka.
Her fan club comes in and makes sure that he never dares to look at her ever again. Now here’s where it gets interesting one normal day while Honoka was taking out the trash. He looks up and sees the entire building falling right on top of him. And the one who comes in and saves him is the school princess Ayaka herself.
It would be best if you watched this popular girl likes unpopular guy anime.
Studios: J.C.Staff
Genres: Action, Supernatural, Magic, Fantasy, Seinen 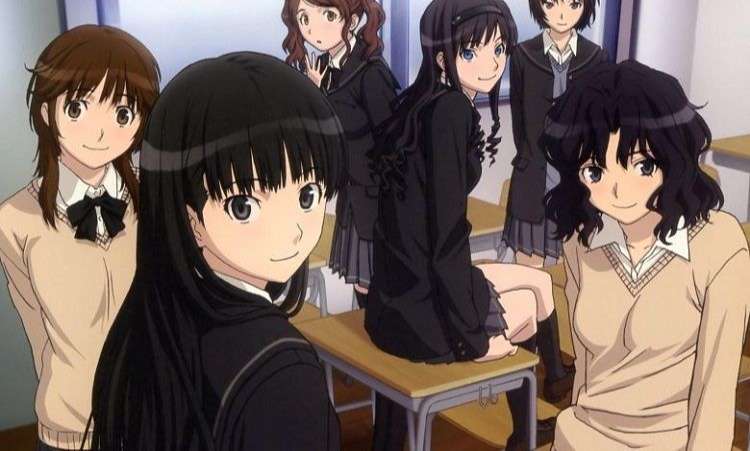 This anime has a lot of main girls. The story goes like this two years ago, the main character Junichi Tachibana had a date on Christmas eve, but in the end, she never came.

This left Junichi’s heartbroken, and he developed a fear of always getting rejected. But now that two years have passed, he meets many girls he would love to go out with.

I didn’t mention the main heroine because this anime is an adaptation of a visual novel. It is also like a dating sim, and that’s why there is not just one girl. And oddly enough, this anime isn’t a harem either. It is a romance anime popular girl where everyone wins.

2. My First Girlfriend is a Gal ( Hajimete no Gal ) 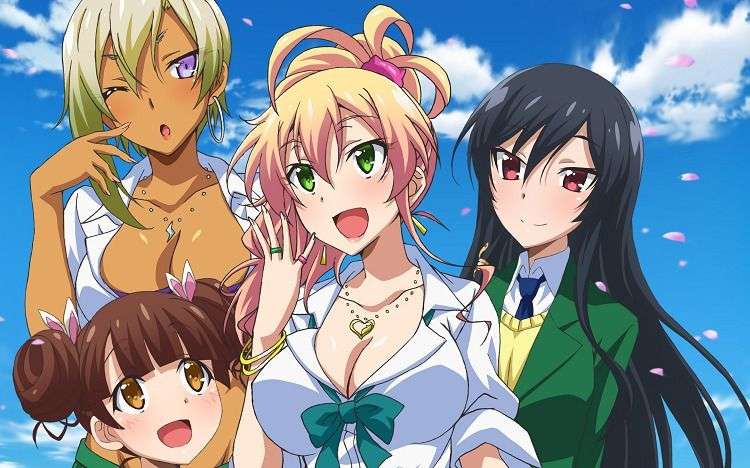 First, love is special, meaningful, and it can even hurt that may be exactly. What the creators of my girlfriend are a gal trying to convey with this adaptation. And it may have been successful for all the wrong reasons.

Typical average main character Hashiba Junichi gets riled up by his three buddies to confess to the pretty delinquent girl in their class. The other boys want to use this poor sap as a trojan horse to lead them to lose their virginities by first getting close to her. And then having her introduce them to her delinquent friends.

Unfortunately for them and fortunately for Junichi. The girl in question Yame Yukana is nothing like they imagined. She’s kind, sweet, and very thoughtful. She sees through Junichi’s lame attempt to ask her out, but she doesn’t reject him. She instead decides to go out with him earnestly, which is far more than.

This loser deserves thus begins this unusual love story that doesn’t even get off on the wrong foot, as the protagonist wasn’t even standing. When he confessed while Junichi may be a rational thinking individual, the peer pressure of his friends and his cowardice are going to get in the way of his ultimate goal of having his very first girlfriend.

If he manages to act like a decent human being for long enough. He may get what he was searching for all along. Hajimete no Gal is anime about a guy dating a popular girl in school life. 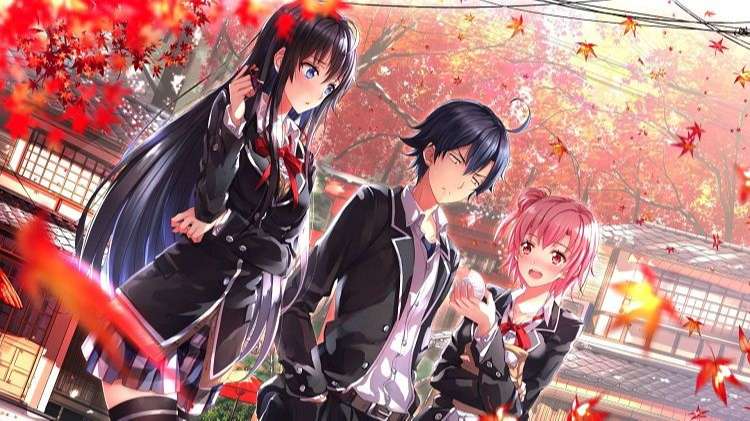 A romance series that is incredibly popular to us fans but is a loner at school, and his name is Hachiman Hikigaya. His pessimistic attitude towards life. And how he deals with problems lead him to become the favorite slice of life anime protagonist on the anime list. He faces trouble in reality and has no friends.

Since he feels like he doesn’t need any at all, he was forced to join a club that helps people who have issues one day. And resulted in meeting two girls; thus, the club was then formed. Hikigaya’s romantic comedy begins from thereby getting to know these girls and becoming friends with them.

The series has three seasons so far, with some amazing plot development and characters overall. Even the art style improves and gets better than season one, which was happy to see since it looked much better. Highly recommend watching Oregairu anime with unpopular mc if you haven’t yet.

My Teen Romantic Comedy SNAFU Anime With an Unpopular MC

So these are the top best good anime where the popular girl falls for the unpopular guy anime list.