A new promotional image was posted on the official website of the anime adaptation to Chiyo Kenmotsu’s RPG Fudousan manga (RPG Real Estate).

According to the statement, the Japanese premiere will still be held in April. The visual stars of the project are Kotone Kazairo and Fa Rufria.

To introduce Rakira, a special promotional video was also made.

The story begins fifteen years after the Demon King had been defeated and peace was restored to the world. Kotone, a graduate of the school, became a sorceress and asked RPG Fudousan, a kingdom-affiliated RPG Real Estate, to help her find a new home.

RPG Fudousan, in reality, is Kotone’s workplace. There, along with Fa, Rufuria, Fa, and Rakia (a knight), they will search for new homes for their clients in all circumstances. 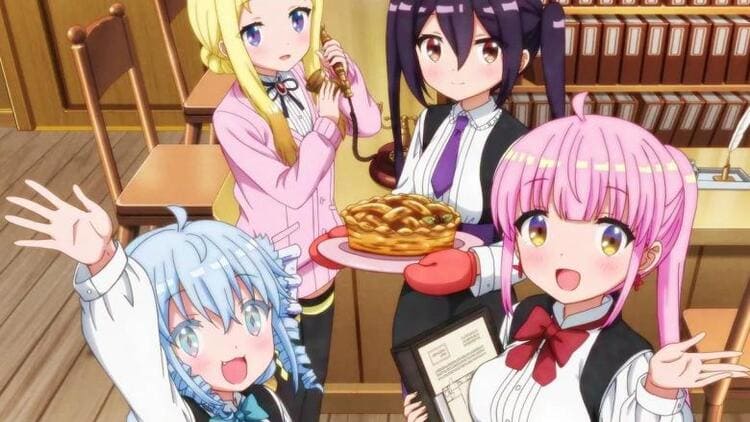 RPG Fudousan, a yonkoma (four-panel manga), is written and illustrated by Chiyo Kinmotsu. Since 2018, the work has been serialized by Houbunsha in Manga Time Kirara Carat.