Top 10 New Romance Anime of 2020, this list shows the best romance anime in 2020 picked by to rank in social media.

10. My Next Life as a Villainess 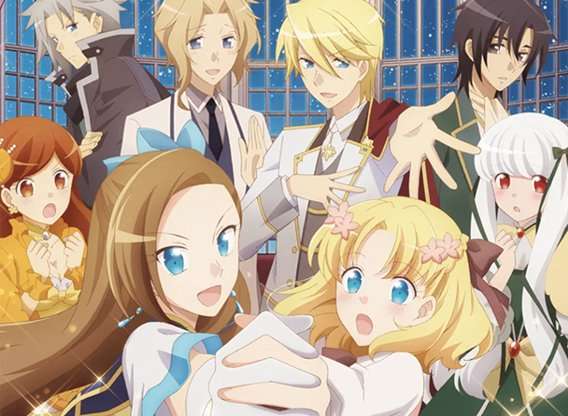 Born in a wealthy family Katarina hit his head one day, due to which he gets a scar on his forehead by which he gained his memory from the past. It made him realize that the life she was living now was the game she was obsessed with in her previous life. There is one royal family in which Prince Alan who ended up picking a fight with Katarina in the end loses to her.

While going back he swears to take his revenge on her. Katarina knows everything about his current life and how she’s gonna end up while trying to attack the heroin visit Made out of jealousy, In the end, get killed by the prince knowing all the steps she’s gonna make will lead him to do if you like a Sega Romans anime then this one for you. 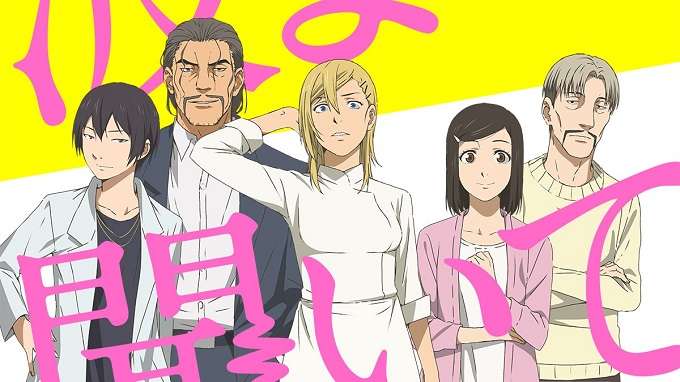 Restaurant worker Mina Kota has recently been through a nasty breakup, heartbroken and drunk after an evening out she rants about her misery to an entire stranger connecting a radio station director local to Sapporo, Hokkaido. Subsequent day at work once I was shocked to listen to a recording of herself from the previous night playing over the radio, flustered she rushes to the station during a frenzy to prevent the printed, as she confronts Matou a sequence of events results in her giving an impromptu to speak survive air, explaining her savage drunken speech, together with her energetic voice, she delivers a smooth dialogue with no hesitation which Matou recognizes as raw talent. 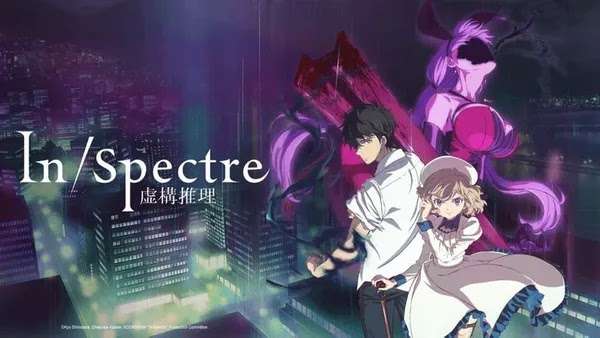 Kurou a 22-year-old university student recently broke up with his girlfriend when she finds out Kurou was involved with some supernatural powers. Meanwhile, Kotoko, a high school girl, also known as God of Wisdom, the intermediate between spirits and humans, would suddenly make his move to try to flirt with Kurou, hoping to get married someday. Kotoko knows everything about Kurou’s past and how he gets involved with those supernatural powers. Despite all that, she asked Kurou to help her solve the mysteries revolving around the town.

Kuroo With his ex-girlfriend Saki, who doesn’t get together well, tries to solve the case of the stolen lady, I didn’t highly suggest this enemy to everyone. The story’s quite boring from the beginning, and not everyone has the patience to get along with it. 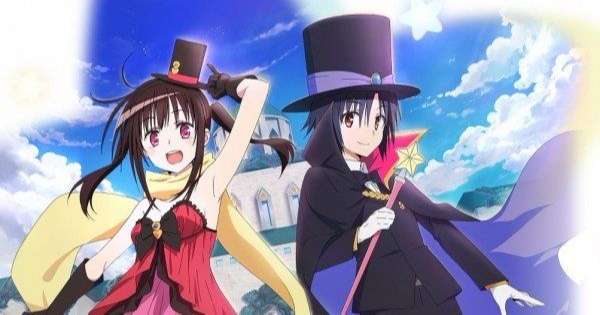 It’s a nice anime childhood friends fall in love. When Kana and Makoto were kids, Makoto saved Kana from stray dogs from that day onwards Kana thought of him as her prince charming but didn’t know he was the same person she has been playing with all these years.

It’s strange when the person with whom you grew up together turns out to be of the opposite gender, describes how Makoto looks with his best friend. He said he is a journey to become a great magician and restores all the artifacts to his rightful place. The show is pretty good and the voiceover artist of Makoto is the same as Kirito. 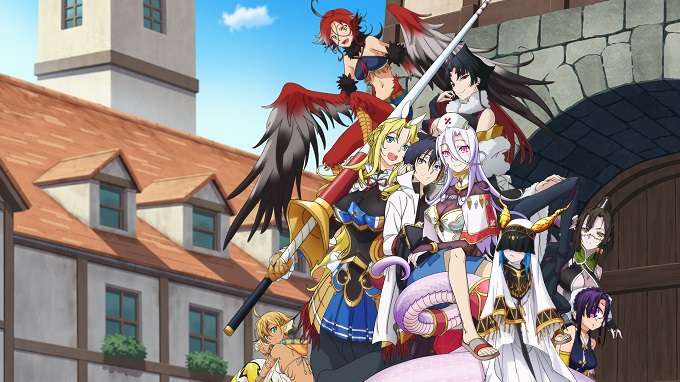 In a town of Lindworm, humans, and monsters live together, a doctor named Glenn runs a medical clinic with his lamia assistant Sapphee, which has an upper half of a human and lower half of a snake just like Miia is from Monster Musume. Whenever Dr. Glenn seeks the patient he receives numerous marriage proposals. Sometimes things have gone so far that unflappable Dr. Glenn has trouble responding to it. Monster Girl Doctor is one of those weird types of shows that are getting popular in today’s anime community. 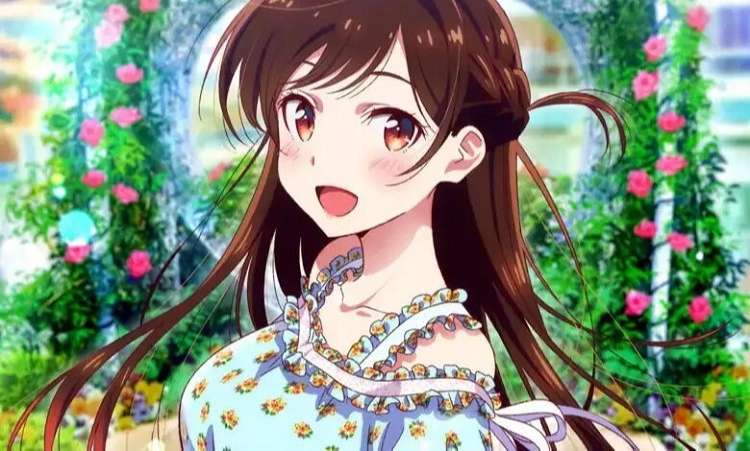 Kazuya is a college student dumped by her girlfriend being emotionally shattered by trying to relieve his pain, he decided to rent a girlfriend Chizuru at first glance might seem like a perfect fit for a wife or material with a perfect potion in everything that Kazuya can ask for now after showing her rental girlfriend to friends and family can Kazuya really fall in love with Chizuru or not. That is one more Get from the show which I really like that is Kazoo grandma.

Kazoo grandma only wishes to get a good girl for her grandchild. There are also some other female characters revolving around these mainly, the plot basically tried to say that fake love can really be turned into true love. And we all know how the story is going to end. 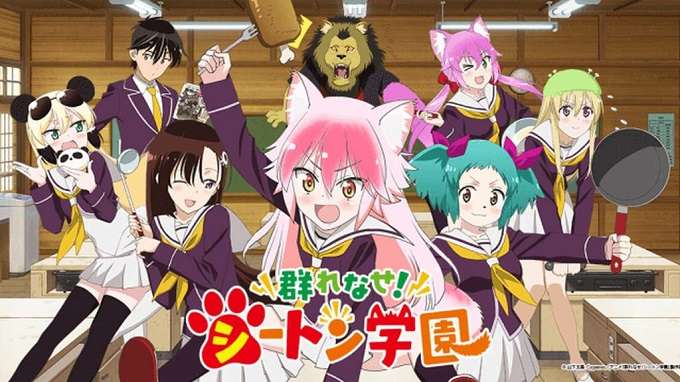 Academy full of animal hotties from different species wherein only humans find themselves in a place like that. During her childhood Jean tried to save a dog from beers in the process, he got seriously beat up and after that, he decided he can’t live together with animals ever again. Jean later finds out there is one more human in this school. You know the only female in the academy who likes to cook and wanted to start his own cooking club when jeans and Hitomi try to get along.

Ranka comes between them and picks up a fight with Hitomi by which he now gets scared and runs away. Ranka Ookami is full of girls who want a change in her mate. If you like watching anime like RosarioVampire give this one a shot who knows you might end up liking it.

3. Science Fell in Love, So I Tried to Prove It ( Rikei ga Koi ni Ochita no de Shoumei shitemita ) 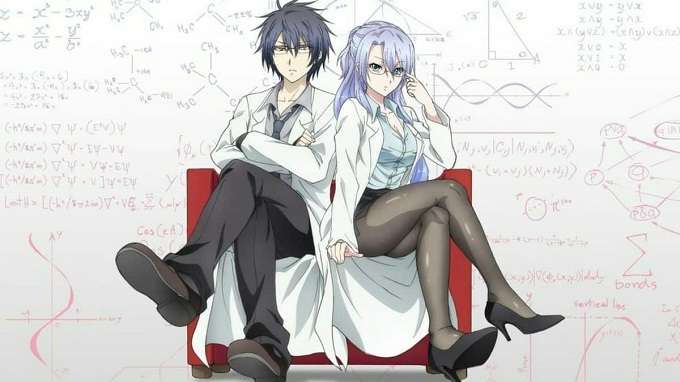 It is widely known that how much science has developed and has a solution to various problems. However, there are a few things that science can’t explain one of those things is love. two experimental scientists working together where Ayame openly confesses about her love and Yukimura who lack experience try to find the logical solution behind it.

Both of them cluelessly dealing with their feelings of flow trying to conduct various experiments on one another with a science peg romance comedy, which leads us to one question when both of them end up together. That’s the one thing we need to find out by watching the anime. In case you’re wondering. There is also one live-action movie in this one.

2. A Whisker Away ( Nakitai Watashi wa Neko wo Kaburu ) 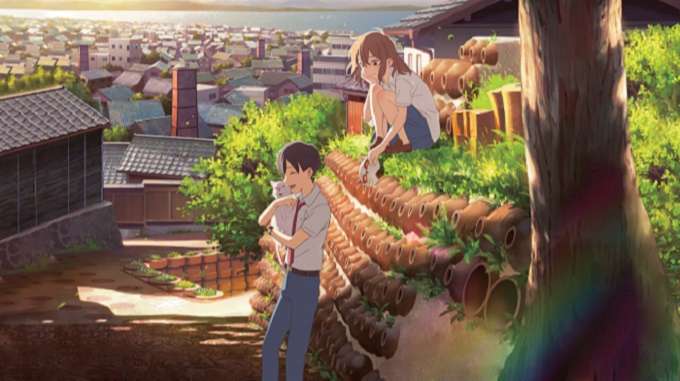 it’s in the movie. Mia who had a crush on her classmates in order to get close to her crush finds mas that helped him turn into a cat spoke and two things are not as easy and he can’t express a feeling that easily to everyone. moa after turning into a cat discovers a whole new world for a cat.

The girl that turned herself into a cat in order to get her crush attention has now realized that the line between humans and cats started to get blurred and now she wants to go back into a normal human form. After watching the movie, what I can tell is that you won’t be looking at your cat the same way you did before the plot seems interesting. And from what I have seen, it’s worth watching.

1. Sing “Yesterday” for Me ( Yesterday wo Utatte ) 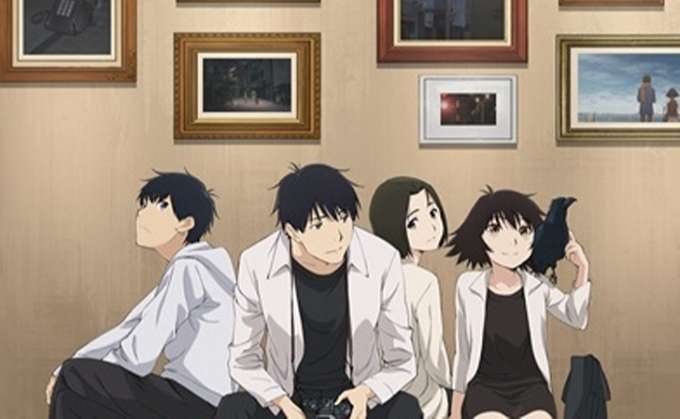 Rikuo Uozumi, after graduating, started working at a convenience store where he thinks life for him is strong. Rikuo was really passionate about photography but lacked the motivation to do so. After working for a few days in the inconvenience store he meets Haru. A high school dropout working at a cafe also has a feeling for Rikuo.

As for Rikuo, He loves Shinako, a former classmate and a close friend currently working as a high school teacher, the story of a low triangle where each of them is struggling with their own life problem. If you are bored with the normal high school romance, then I highly suggest you check in yesterday for me after watching the show. What I can say is that seeing yesterday for me is probably the best romance anime that 2020 has to offer.

Now everyone needs a little bit of romance in life with this list. I hope you find something to put it on your watch list. As I told you earlier some of these enemies are going to release soon. And these are my early impressions.