We also had a few ova episodes. But then came the Konosuba crimson legend movie, which was released on August 30th of, 2019. There was a bit of an animation studio change where JC Staff did it.

Meanwhile, the first two seasons were done by studio Dean. So it was confirmed back in July of 2021. The official Twitter page did announce a new animation production decision.

A new animation production has been decided where they did also release a brand new key visual. As of right now, the format for this new project has not been specified.

So it has the possibility of being either an ova movie or a brand new season. Otherwise, season 3, but being that it is now the year 2022. 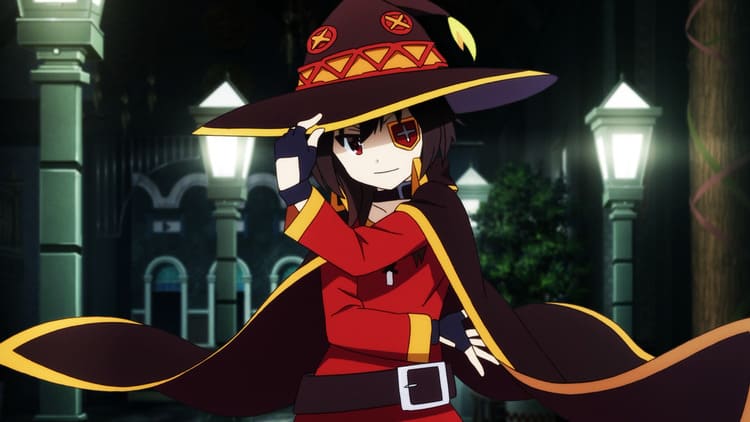 I have a feeling that it most likely will either be a movie or a brand new season. Because if it were just one ova episode, I’m pretty sure it would have been released already.

A while back, we had one of the producers from Katakawa say that Konosuba season 3 anime had a pretty good chance of happening. If the crimson legend movie did well, it’s no doubt that it did have such a huge success in the box office when it was first released.

So that is probably the reason why we are getting a new anime project. It’s no doubt that a lot of people have been asking for a season 3 for quite some time. We can only hope that this does turn out to be season 3.

The light novel does provide plenty of source material for there to be a new season. One covered volumes one and two, while season two covered volumes three and four. The movie ended up covering volume number five.

This also raises the question of which animation studio is producing the new project. Will studio Dean do the first two seasons, or will JC staff be in the movie?

If this just so happens to be another movie, we could potentially see the release sometime this year in 2022. But if it is another season, meaning a season 3, then the earliest that it could come out is in the late part of 2022.

Hopefully, they will provide more detail soon. Once they do, we definitely will give an update. Otherwise, let me know below in the comments what you guys think about this announcement. What do you think it is going to be sure of.