After more than a year of waiting, the smartest teenager is finally about to begin his new journey. Yes, Dr. Stone: Ryusui.

This episode focuses on Senku’s plans to explore the world and sail the oceans. Ryusui is a mysterious character. What is his significance to Senku’s next adventure? See the information.

1. A Son Of A Wealthy Person With An Adventurous Spirit 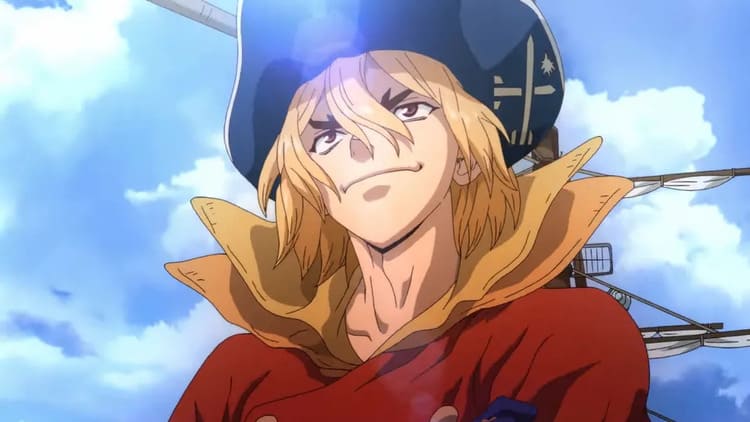 Ryusui was born into a wealthy family and can get almost everything. He was bored and started looking for more challenging things for himself and his family.

Ryusui, the son of a wealthy man who loved sailing, was well-known long before the PETRIFICATION took effect. Senku told Ryusui that he needed a skipper who could read the weather. It was almost like reading a book. It’s no wonder Minami directed Senku immediately to Ryusui.

He can also read the movements of clouds and has a detailed knowledge of weather conditions, wind direction, and humidity, as well as the weather. Ryusui is not limited to using tools. He can also sail using advanced technology. Ryusui’s strong instincts are very valuable in this stone age.

Senku recognizes the importance of Ryusui’s role in his life. Even though Minami, the reporter, said Ryusui was a negative personality.

2. Have A Capitalist Soul That Turns Out To Be Useful 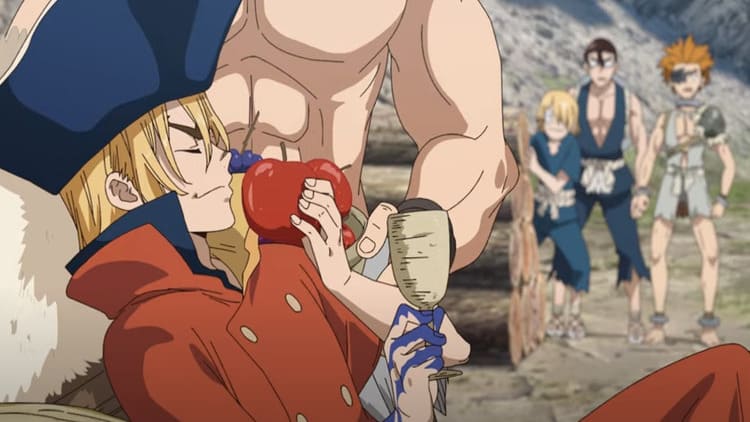 Ryusui’s existence was crucial for the development of the financial system in the stone Age. Ryusui is a product of capitalism, whether you like it or not. He would not want to do anything for nothing and would need to take home a substantial share. Doi doesn’t want to lose!
Senku can use Ryusui’s “greed” for his own advantage. This is, of course, crucial for the development of this stone age civilization.

3. The One With The Most Money, But Can Be Tricked 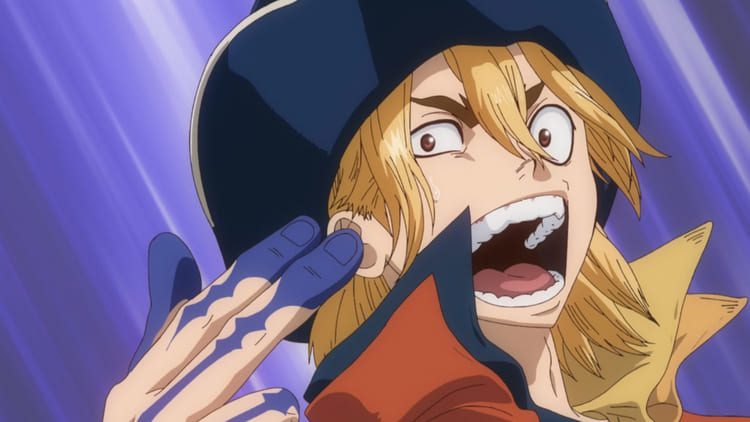 Yep! Ryusui was finally the richest person in the stone age because of the currency system that Ryusui helped to create. It turned out, however, that Gen’s ingenuity and Senku’s cleverness did not allow Ryusui to enjoy this advantage.

They also created a situation where Ryusui could spend a lot of money. They can also use the money to purchase oil Ryusui already has (previously, Ryusui had asked to barter oil with his skills as a ship captain).

This is a win-win solution for them! Money will only have value if it is used as a transaction tool. Consumptive societies are the engine of the economy. Gen and Senku can easily target Ryusui to make Senku’s plan work.

Ryusui’s adventurous spirit is not only contagious, but he’s also courageous and reckless.

4. Ryusui Is Not Only Adventurous But Also Brave And Reckless. 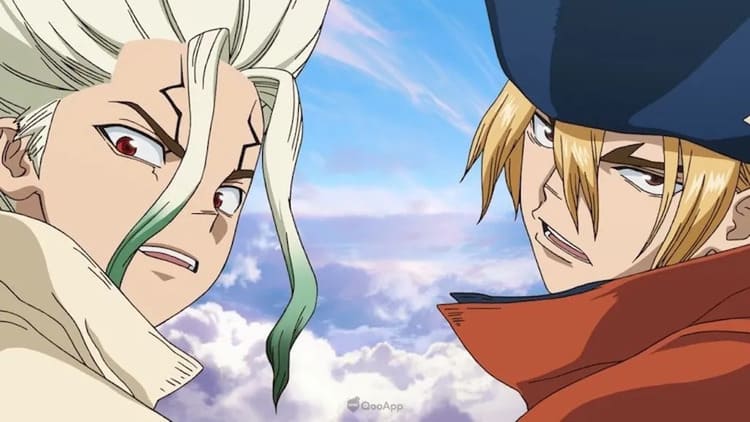 Senku’s ambitious plan to travel the globe by sailing was a foolish one. They don’t know anything about the petrification rays, which have preserved them for thousands of years.

This recklessness is essential if you are to find the secret. Senku needs someone brave and reckless who can help him explore the world. Ryusui is the right person to fill this role!

Ryusui’s bravery and recklessness have made the impossible possible. Wow, what a dare against cumulonimbus clouds and hot air balloons. They could have been thrown rather than rising into the cloud.

Ryusui enabled them to leave on time and avoid being swept away by storms. After overcoming the terrible weather conditions of the stone age, the two-day journey was cut down to just two hours. Ryusui’s intelligence and ability are to thank.

Ryusui, a Japanese woman who was able to promote a modern view of women’s rights, was the first. Since the stone age, people judged a girl based on her body. Ryusui stated that girls are beautiful and have their own uniqueness. This could be due to Ryusui, who may be a “playboy”. However, Ryusui has taken this understanding to the stone ages!

Well, Dr. Stone: Ryusui introduced us to Ryusui’s character in only 2 episodes. This is just enough to give you an idea of Senku’s crazy journey with Ryusui, the captain. You can just wait. Dr. Stone Season 3 will air in Summer 2023.