You’re Not in Education, Employment, or Training. By definition, this qualifies you as a NEET. Often confused with the term “hikikomori” as they go hand in hand (along with “otaku”), NEET chooses this lifestyle by choice. Are You wondering what a hermit NEET animation is? The answer is NEETs anime are characters who are either not in education, not even employed, or have training now.

When it comes to NEETS means, they are antisocial, and then they don’t go out in public mostly. They’re very comfortable within their own homes at the same time within total isolation and confinement.

But when you see an anime, these NEETs are so intelligent. Especially when it comes to either mystery or waiver to the point, like in video games, trust they are smart enough. 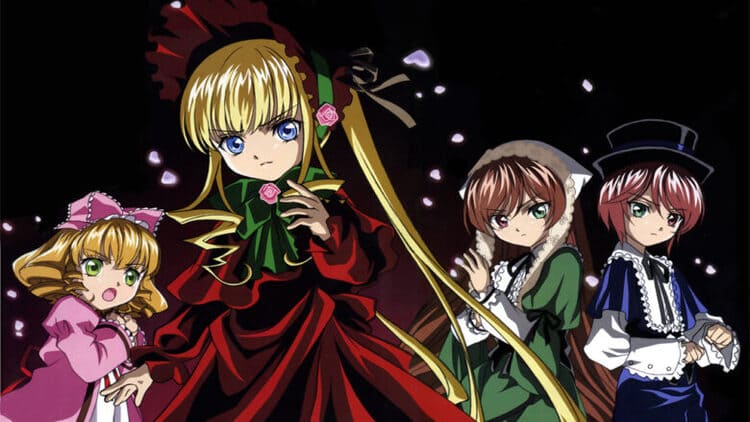 Due to a traumatizing experience from school, Sakurada Jun spends his time away from people as much as he can. Online, ordering about anything he likes and returning it before he has to pay for it.

When he gets an order that gives him blatant instructions to leave it in his desk drawer, he follows along only to see that it has disappeared! In return, a package appears that contains a mysterious antique doll that comes to life when wound up.

The beauty (named Shinku) sees Jun as a servant and immediately commands him like one. Despite this, it’s up to this doll to help Jun overcome his fears–both old and new. Due to the deadly battles to come from her appearance in his world. 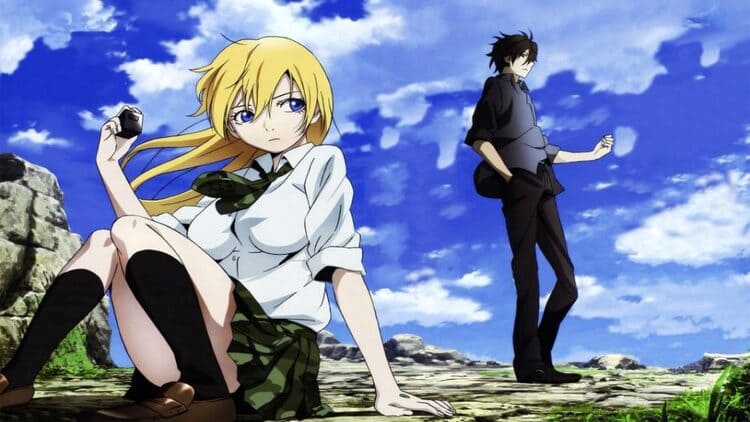 Ryuta Sakamoto still lives with his mother. In his life, there is no other performance besides becoming Japan’s best player in the popular online game Btooom. But one day he woke up on a desert island and knew nothing except a green crystal embedded in his hand.

Ryuta Sakamoto realizes that the game he’s #1 at has become a reality. To win the game and escape to their everyday life. A player must kill seven other participants and take their crystals as proof of victory.

Ryouta runs into his in-game wife Himiko, and the two teams up to survive. And escape the island together, all while getting to know each other for once. 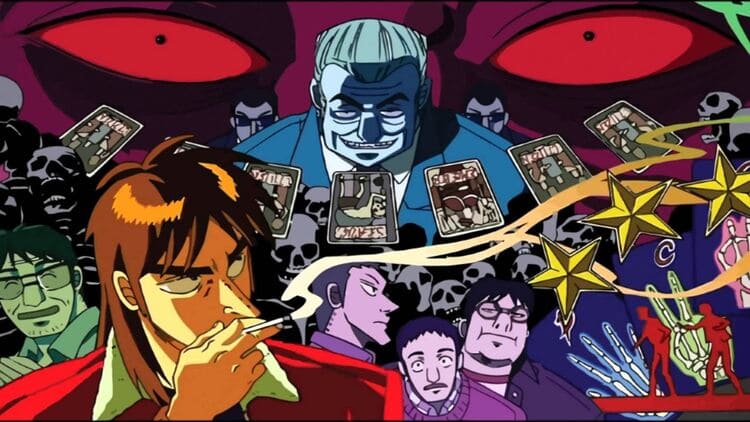 Kaiji is a useless idler who spends his days drinking beer and stealing hubcaps until he tricked a former colleague. Since the loan cannot pay the huge debts of his friend.

Kaiji offered a dubious deal. He should take part in a gambling game on a cruise ship. Kaiji later turns out to be the beginning of his hellish new life. 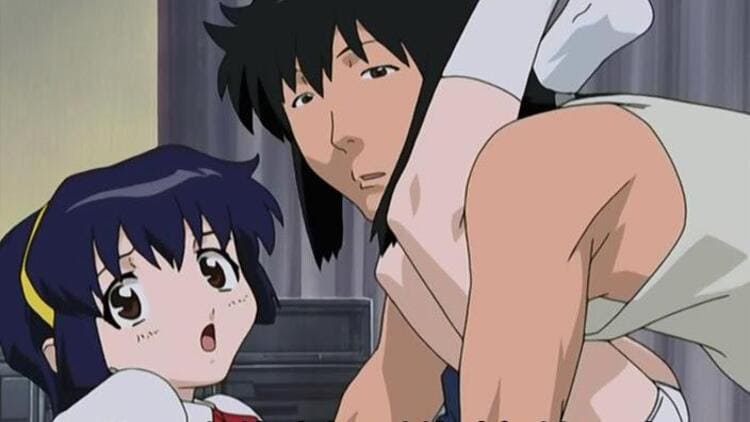 A short series, B.P.S., revolves around talented freelance hacker/programmer Akira Shirase. He gets contracted to do all sorts of strange poppy-related jobs. He takes on small hacking/security jobs from corporations to even global security–all from the comfort of his room hosted by relatives.

Shirase doesn’t accept money as compensation either. But instead, all the sorts of things you’d imagine a NEET otaku would be into, from rare computer parts to cat girl posters. Who said programming was tedious?

The art style of this anime is good for its time. The sound department did a marvelous job from the voices. They corresponded their characters to the small detail of Shirazi’s fingers clicking on a keyboard to add a little sense of realism. Other characters tended to be cliche, a genius kid working for the Navy as a teacher.

And a bad guy that seemed to think too much of himself. They also seem to throw in some pretty simple jokes that they repeated throughout the show. That one programmer hack may be lacking in all areas, but it is enjoyable watching the Shirase anime series. 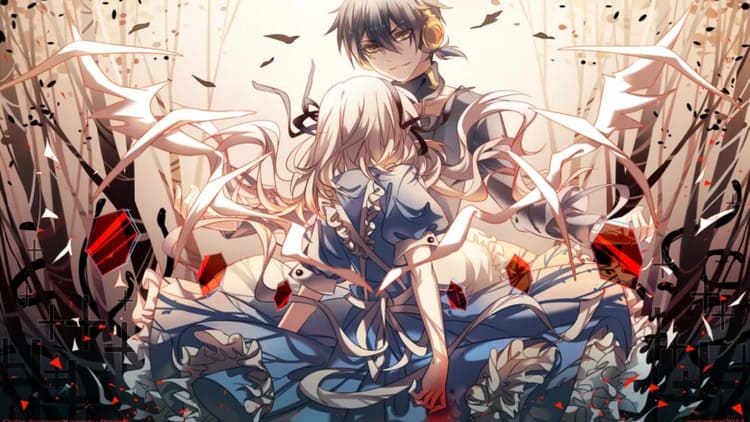 Based on the Kagerou Project, it all started with a Vocaloid song series. Mekakucity Actors revolves around Shintarou Kisaragi. Typical NEET/hikikomori who’s forced to venture outside for the first time in two years after spilling soda on his keyboard.

On his voyage for a replacement, he’s unfortunately caught in a hostage situation. But not too long after is the conflict resolved by the help of the “Mekakushi Dan, “a group of teenagers with mysterious eye powers.

The result: he joins their group along with cyber girl Ene. Who lives on his computer as he learns more about the eye-opening backstory behind Mekakushi Dan and its members. 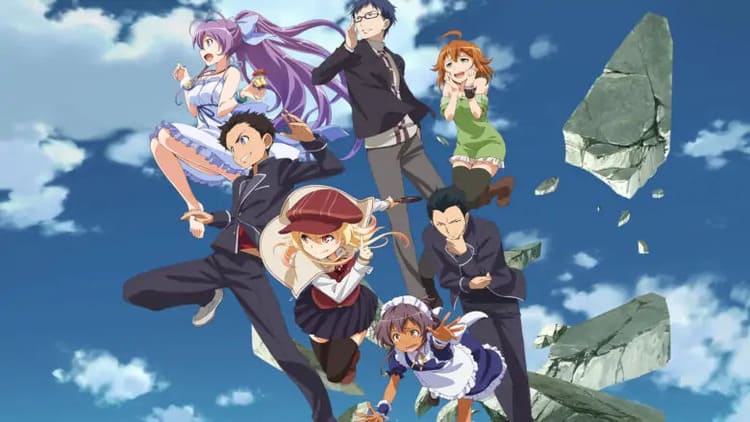 Nanae Island is an artificial location located in the Pacific Ocean. That created for children’s sake to achieve their wildest dreams. Which happens to be the perfect place for Juugo Yama, a high-school student cast off by his father and now “castaway” on Nanae Island.

With a love for adventure, he’s able to explore the mystery and hidden treasure of Nanae Island to his heart’s content. But with one caveat– his room’s haunted by a pudding-loving ghost girl with no other option but to live out her afterlife as a NEET. Her name is Nanana Ryuugajou, and aside from being super cute, she’s the biggest mystery on the island.

With no choice but to get used to living with her. Juugo must search for the hidden treasures that she buried throughout the island. All while trying to uncover the truth behind her murder. 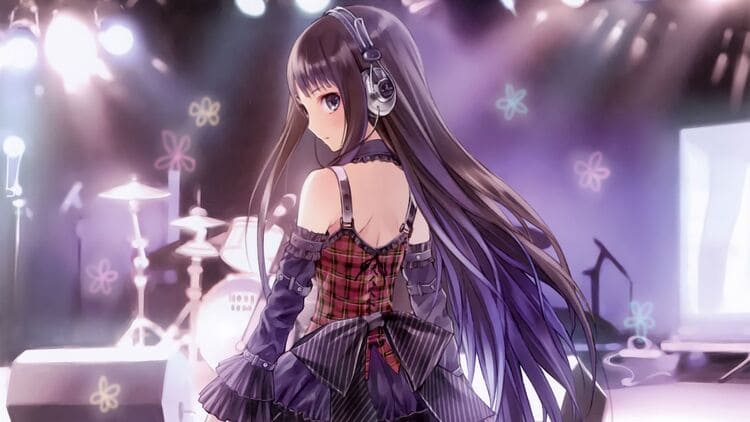 Narumi Fujishima has a hard time fitting in at school, isolating himself on the roof of the school building. But enough about him. When encountered by Ayaka, the only member of the Gardening Committee, she introduces him to a place he’ll feel right at home. A place for NEET Detectives.

Ran by super-cute loli Alice (age unknown), who works from her room on the third floor of the Hanamaru shop. She is an expert in NEET, hikikomori, and hacking specialist. Think well of the air-conditioned space, big comfy bed, lots of computer monitors.

Not to mention plushies (and a fridge full of Dr. Pepper) along with other colorful members. The NEET Detectives work together using their diverse skill set to battle against gangs, thieves, drug lords, you name it. Who said NEETs were useless to society?

7. Higashi no Eden (Eden of the East) 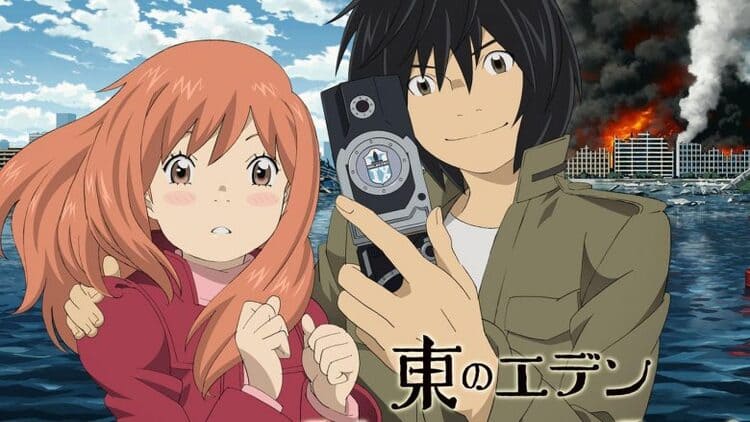 Dubbed “Careless Monday,” on November 22, 2010, ten missiles struck Japan, yet no casualties resulted from the clear terrorist act. During this event, Akira Takizawa led 20,000 NEETs to battle against terrorism and save Japan. He can’t seem to remember it.

An ordinary girl’s life is turned upside down as she befriends the man shrouded in mystery. What is the meaning behind any of this? And who exactly is Akira Takizawa?

Higashi no Eden (Eden of the East) Trailer 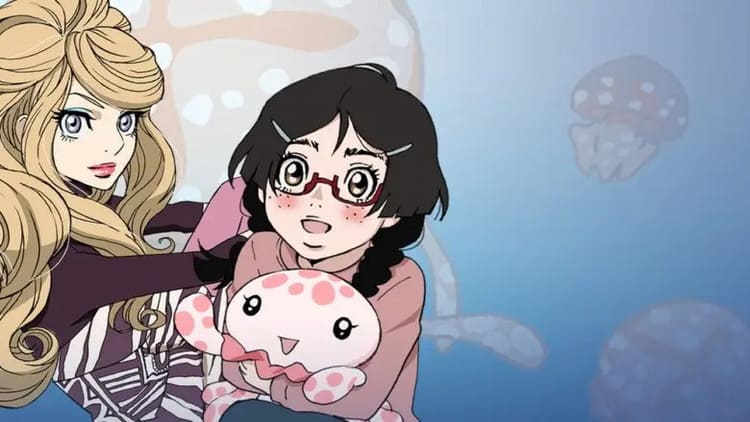 Meet jellyfish enthusiast Kurashita Tsukimi. Too awkward to stand up for a mistreated fellow jelly-friend while at the local pet store. One day, she encounters and befriends a beautiful woman who’s everything she does not yet aspire to be.

Tsukimi and her roommates now look up to this mysterious woman as their role model. She was following after her in hopes of gaining self-confidence throughout wild adventures. Can the princess learn to take the reins and become queen? 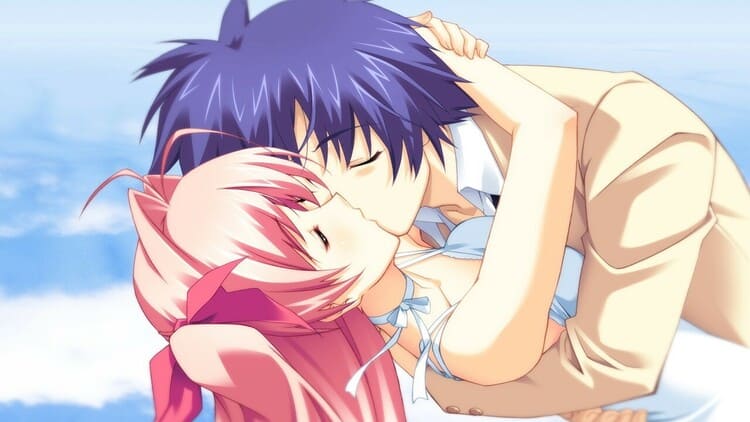 High school student Takumi Nishijou lives in Shibuya, where a mysterious series of murders panicked people. One day Takumi chats with a strange man on the Internet. This Strang man sends him a link under which already the next murder can see. It does not take long before this murder becomes a reality.

Mentally disturbed by this experience, he spends his life from now on only in his house. Sometime later, Takumi gets to know girls with swords through a new series of murders called the new generation. Which, of course, he considers completely crazy. 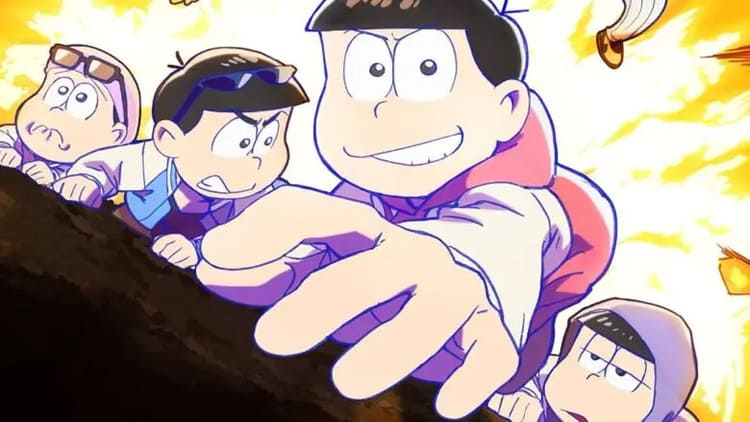 Follow the daily lives of not one but six NEETs, all living under the same roof! Osomatsu-san is all about the bizarre adventures (not that anime) of six identical siblings of the Matsuno household. Osomatsu, Kuramatsu, Choromatsu, Ichimatsu, Juushimatsu, and last but not least, Todomatsu.

All are over the age of 20, and all are NEETs. Though they sometimes attempt to find work to support their household. Their individual yet quirky natures always leave them jobless. It’s not as though they wish to be NEETs, so have hope for the hopeless six as they face many endeavors to escape their lazy lifestyle. 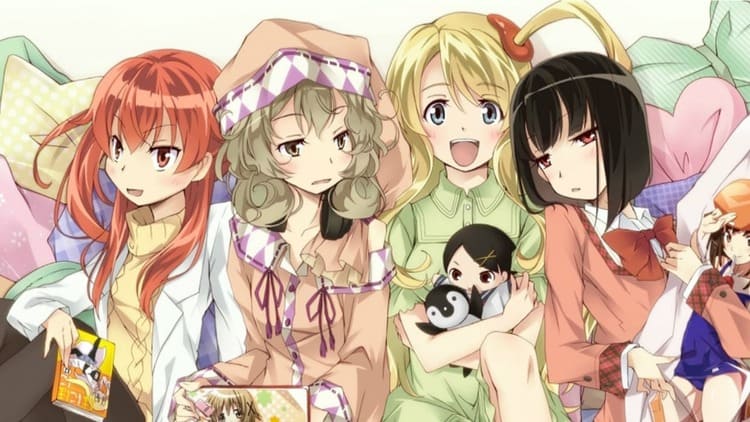 The Japanese call them hikikomori people who are so socially withdrawn that they refuse to leave their homes for weeks and even months. For Sasami Tsukuyomi, who tries to pass her first year of high school as hikikomori, it’s more than just a word.

Fortunately, she lives with her older brother Kamiomi. He happens to be a teacher at the school to visit sesame. Not to forget her brother’s monitoring tool. That lets her see the outside world through her computer and theoretically allows her to make contact with people.

The main thing yet is to show her brother’s interactions with the very funny Yagami sisters. Whose age has been inexplicably reversed and have different interests in kamiomi. And then things start to get weird magic powers; everything turns into chocolate.

Does life over the Internet twists Sasami’s brain, or is it the universe that is spinning? 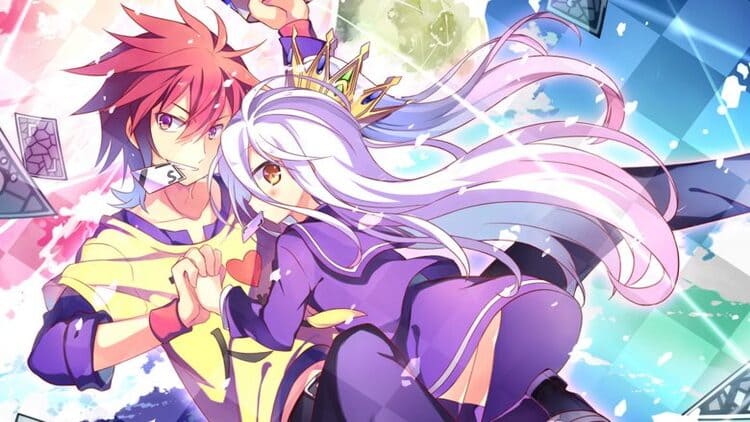 Sora and Shiro shut-in NEETs; the two siblings formed the elite online gamer duo known as “Kuuhaku. ” Everything’s a game in their eyes (even life itself). And when they accept a strange email challenging them to a simple chess match, they’re somehow thrown into Disboard.

A strange world where all conflicts settled with games and not war. The catch is that parties taking part in a challenge must wager something of equal value. It sounds like paradise to the duo, who aim for the top to become the gods of this new world. Who’s got the best poker face?

No Game No Life Trailer

2. Anohana: The Flower We Saw That Day 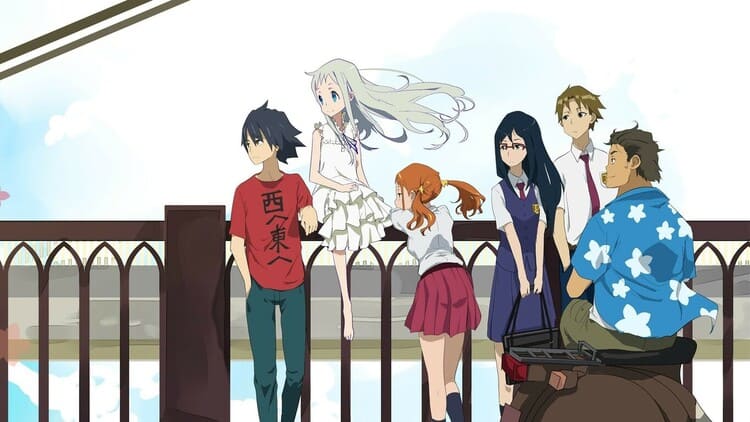 Jinta Yadomi is a recluse, racking up his days as a truant as he racks up his scores on video games. On a hot summer day, he sees his childhood friend Menma who asks him to grant a forgotten wish. He ignores her to her dismay, but why should he pay attention? She’s dead.

Took place many years ago, and Jinta thought that he was hallucinating from the heat. But in the end, he believes that she was a ghost.

He gathers up his childhood friends that have long since split up since Menma’s unfortunate death to allow their friend to move on finally. What will digging up the past brings about their old friendships?

Anohana The Flower We Saw That Day Trailer 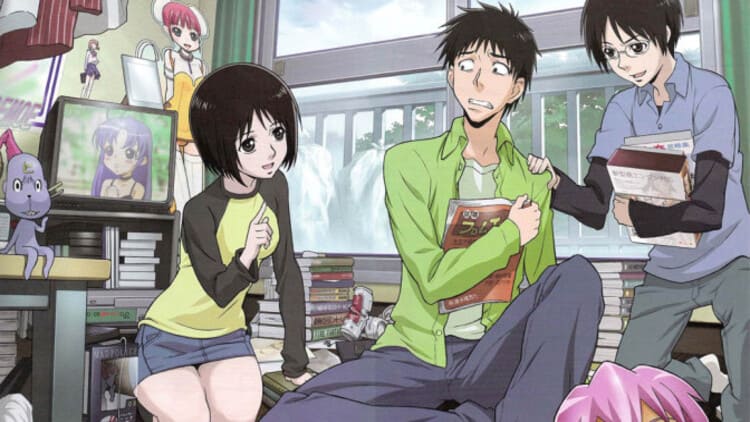 Tatsuhiro Satou is a prime example of what the Japanese society would classify as a NEET. He’s dropped out of college, not working. And even worse–he’s isolated himself to the confines of his apartment for the past four years.

Thus, making him a hikikomori with a firm belief in the dark and secret. N.H.K., the organization, is out to turn all of Japan into hikikomori. He seeks to better himself and wake up from his antisocial nightmare. But he’s not alone with the inadvertent help of former senpai and kouhai who resurface in his life.

Along with a mysterious girl named Misaki who seems to have a peculiar interest in him. will Satou be able to break free from the clutches of the N.H.K. finally?

Though it may seem like a problem in real-life society, the concept of NEET provides great anime entertainment! Look no further than the list above for a nice change from the usual and abundant high school anime tropes. Our top 15 NEET Anime list awaits! We know you’ve got the time.