Good day everyone, how are you guys? Today I’m writing about my feelings about the impact of anime had on me, is that weird, well if you think it is, you’ll just have to deal with it.

So the other day, I noticed I received some traffic from another blogger’s post. And when I checked it out, there wasn’t any tagging or anything connected to my post. So I thought it was probably a mistake, or maybe one of my posts showed up as a suggestion.

The post was by blogger Irina, titled “The Power of Tears in Anime“, boy this is a good one. Please give it a read, I’m sure you’ll enjoy it, and my post today relates to that. I honestly learn so much from Irina’s blog, just throwing that in there. 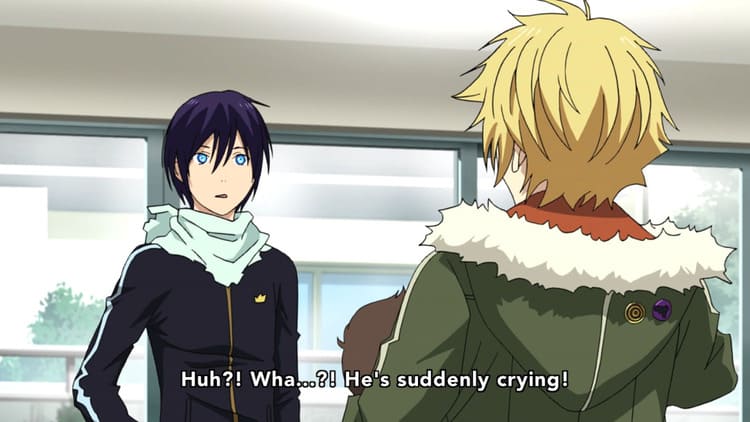 So after reading this post, I realized that I too had changed in a way, having to deal with tears. Today, if you met me, I don’t necessarily jump around, scream, and celebrate whenever. I get excited about something.

Instead, I cry. I just cry, and my family looks at me like ?!?… But then I tell them it’s because I’m excited or happy or pretend I got dust in my eye.

But here’s the thing, it can be the slightest bit of excitement or a simple good feeling of accomplishment, and here it is, the waterfall. And I know for a fact that this is due to anime.

Before, whenever I was excited or happy. I wouldn’t cry unless it’s a big deal worthy of tears, but that’s normal, and it happens to everyone. But ever since I opened up my mind to watching other genres of anime instead of just fantasy, some anime hit me.

Anime like Free!, Code Geass, Hunter X Hunter, Orange, Your lie in April and some others had great impact of anime on me. I cried like a baby, mind you. Not necessarily because the story was sad or some characters died; yes, I cried for that. Still, more intriguingly,

I still cried in anime like Free!, HxH, Yuri on Ice, and even Noragami, where the story isn’t sad.

It was because I felt so proud of the fantastic characters for their accomplishments. I couldn’t hold myself, and I wasn’t going to.

I wouldn’t say I like doing that either, ever since I started crying while watching sad anime. Whenever I feel like I want to cry for whatever moment it may be in any anime, I don’t stop myself.

I kind of like it, it helps me empathize a lot more with the characters, and I just feel better. I don’t necessarily cry when they cry.

It’s really when I’m overwhelmed with something they accomplish. Like a goal, they had been working on since the anime started. Seeing all the effort, sacrifices, and growth that went into achieving this goal gets to me when they finally achieve it. It doesn’t even have to cover the whole series.

The moment I get attached to a character, and I’m rooting for them, whenever they make me proud, my eyes will water. 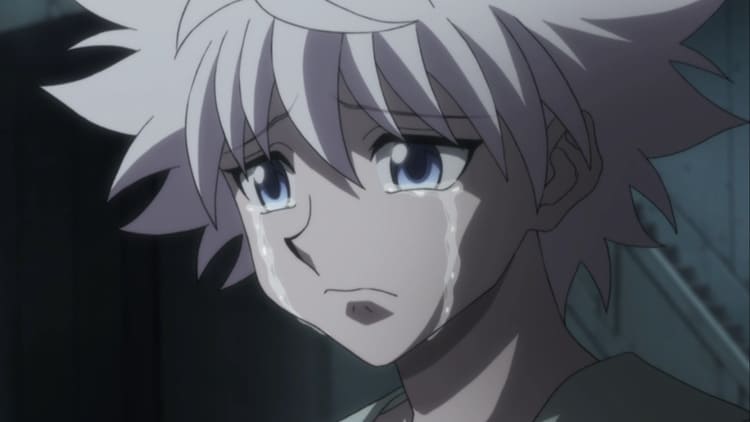 Character deaths also get to me but not as easily. Obviously, an attachment would have to develop over time for me to care about that character. Still, some characters, despite having very little screen time, when killed off.

It hits me like a truck because in the rare moments when they appeared. They lit up the show and my mood so much that I started liking them and rooted for them as well. So seeing them unexpectedly cut down will bring down the waterfall. E

Now when I watch anime, I use my tears as a judge. I feel if an anime can make me cry, that means the plot has done a perfect job at whatever it’s supposed to do. And not just through portraying the deaths of great characters. But through other moments as well.

When an anime has plot holes, inconsistencies, or bias enough, I don’t care how sad it is. It won’t make me cry. I can’t overlook flaws when they’re so blatant and significant as heartbreaking scenes in such anime.

It becomes difficult for me to focus on the tragic scenes since the whole thing was brought about from plot holes. Another: The Anime is an example. However, it’s a dark, sad story. I did not shed a tear because of the abomination that was its plot and its incredibly dense characters.

So I really like how my tears can be picky at times. But if you can get me to love or be proud of a character(s) or a story, I’m constantly going to need a tissue box. 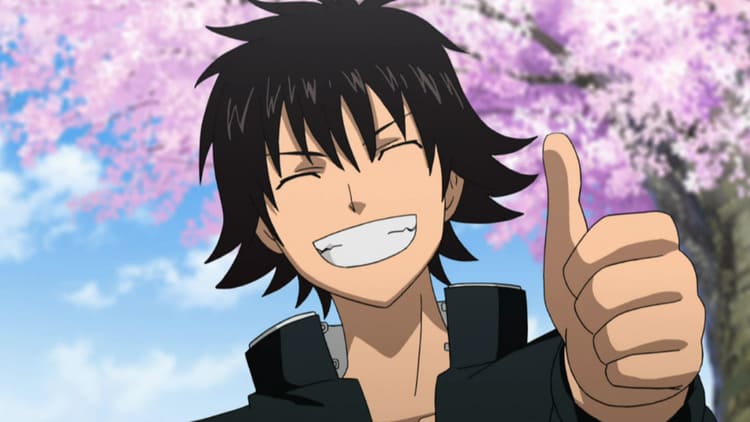 This was my own experience with what kind impact of anime had on me, I hope you enjoyed it, and I’ll see you in the next post. Thank you for reading.

3 thoughts on “The Impact Of Anime Graceful Had On Me”