These are the top 10 best zombie anime series for this list we’ll be looking at the most iconic series that revolves around the dead chlorine their way back to life and causing all manner of trouble horror action comedy as long as it’s got corpse is crying out for brains.

10. Kabaneri of the Iron Fortress ( Kotetsujo no Kabaneri) 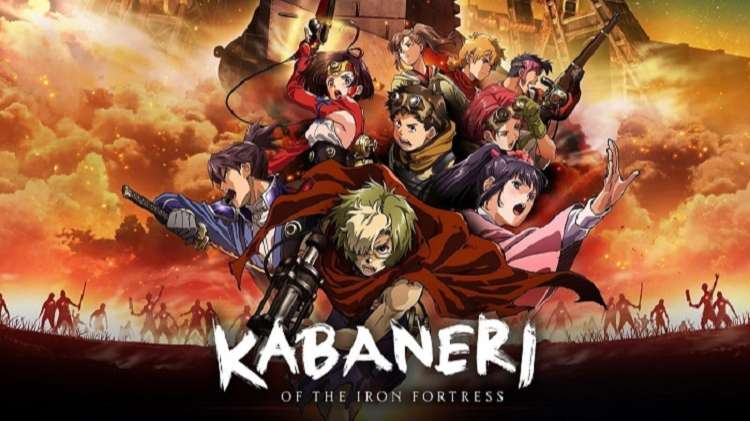 The story takes place in the time of an industrial revolution where the world has been hit by a virus that turns people into zombies that affect humans known as Kabane when it bites humans turning them into Kabane. The Kabane who are hungry for human flesh are aggressive creatures and intelligent undead that cannot be defeated unless their heart is destroyed that is protected by a solid iron capable of being pierced.

The world is full of the dead, mankind has built walls to prevent the access of these beings to the most important cities and thus survive the human being the only form of communication and transportation of merchandise some locomotives armored trains.

Unfortunately, the city of our main lead character name Ikoma is invaded by these beings and bitten by one of them. However, manages to remain in limbo between humans, and Kabane is seen next to the master male a pseudo-human. That endured the virus in the need to evacuate survivors of the city together with the daughter of the clan leader through locomotives really a good interesting story. 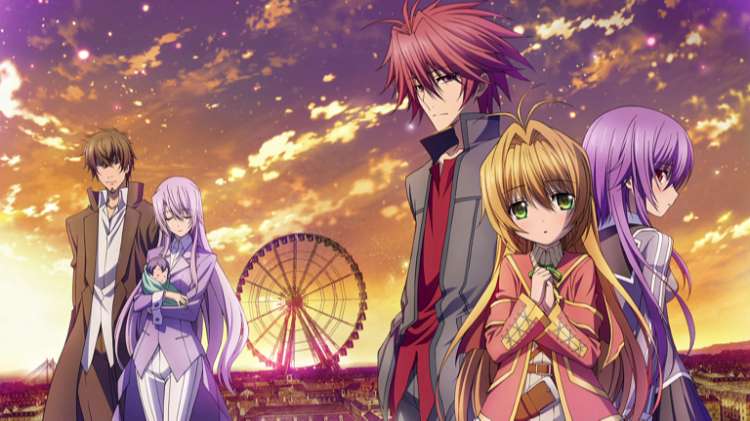 This one at least tells the story of a world that after being created was abandoned by God this fact causes that no one can be born and there is also no one who can be dead. Making the only way the human beings of this world can find eternal peace or does die in this desolate world turn into zombies.

There are grave keepers who after giving people the proper burial end with the existence of that person on earth. A young girl barely 12 years old girl serves as her village’s gravekeeper in place of her late mother. Changes her destiny when she finds herself a man with red eyes and silver hair. This person wants to exterminate all the inhabitants of his village.

There will embark on a strange journey together with a see thinking that maybe this man could be his father really annexed. This cheer up the top by the fact that immortality causes the inhabitants of this world reach the point of being dead in life an anime that beyond to really philosophize a little bit.

Sankara undying love a hot-blooded human falling in love with an undead girl. They have a match or not like my unhappy ex so the romance can’t be missed In this top Chihiro Furuya is a freshman from high school to someone who has a special obsession with zombies and has wanted an undead girlfriend.

Suddenly one day her only pet a cat named Baabu a name given because instead of doing anything. he does babu is gets run over. Chihiro not accepting his death. He decided to revive. He succeeds with the help of the poisonous hydrangea flowers from Rea’s family garden. Now she ever becomes a zombie.

Chihiro will be responsible for her now. For a boy wanting a zombie girlfriend, this situation would seem like a dream come true you will like this story even more and you will only see the animation as a premise.  Nowhere is it better realized than when a zombie-loving fanboy finds himself unintentionally bringing a suicidal girl back to life and now he’s got a girlfriend.

He has to help stop her cut flesh, and preserve her body before it rots might sound gruesome but this black comedy has plenty of charms wits especially regarding our pair of bleak lovebirds there’s certainly a lot more biting involved. 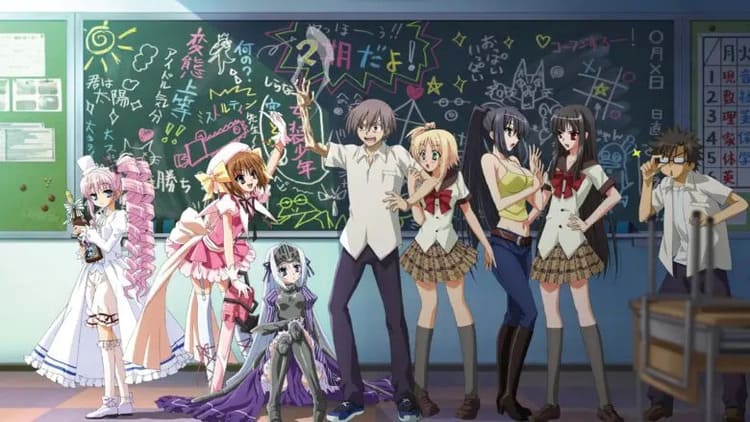 It’s unanimous being a comedy with a very, very good, and assorted harem that all lovers of these genres should see. The story revolves around a high school student named Aikawa, Ayumu who is assassinated before a series of mysterious murders in his city ​. However, there is a resurrected as a zombie by a necromancer called Eucliwood Hellscythe who has revived Ayumu, consequently turning him into a zombie.

This event will lead him to realize that the world we know is uncertain and there are many secrets that are hidden Although he has superhuman strength, he will also spend a few moments very difficult due to his zombie attributes such as the fact of re-drying with the sunlight. 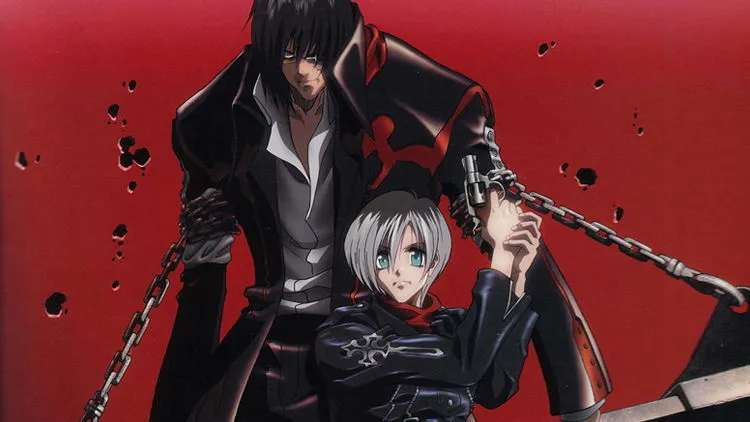 A grave follows the story of two very good friends Brandon Heat and Harry. Who lives a carefree life committing minor robberies to get through the time and be able to live. One day hE is attacked and three of his friends die with which that quiet life they led is filled with harsh reality.

what is life after several turns in their lives? Brandon Heat ends up turning into a zombie due to his friend’s betrayal of Harry and now goes by name beyond Gungrave.  With a thirst for revenge, a grave tells us the love story between Brandon and maría who fight for their relationship.

However, we will also see the turns that their relationship takes due to the convictions, they have and the feelings they develop to pass the time. 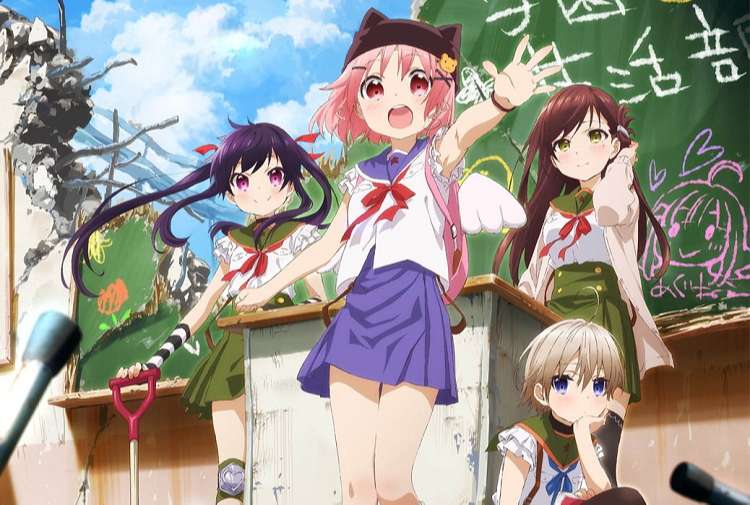 Yuki Takeya is a schoolgirl that is a very rare one-in-a-million kind of person, that actually loves her school. She is part of the school living Club with fellow members supervising teacher Megumi Sakura. And of course the club’s dog Taroumaru.

This club prides itself on making the very most of school life. This is pretty cute following the cute theme everything in this first episode seems like another normal day at school Yuki attends both the club and her classes everything is bright and cheerful. As Yuki laughing and enjoying time with her classmates, of course, being a zombie-themed series you’re just waiting for the inevitable apocalypse to begin.

However, in school live this is not the case instead of waiting for things to happen all shocked to save that the apocalypse had already begun and that Yuki lives inside her own bubble as she is unable to truly perceive. What is going on and it turns out that the school life club is actually just the only remaining survivors of the school. That has barricaded themselves in the club’s actual purpose is to escape and discover the truth of what is actually going on our final entry is a series that gets you hooked. 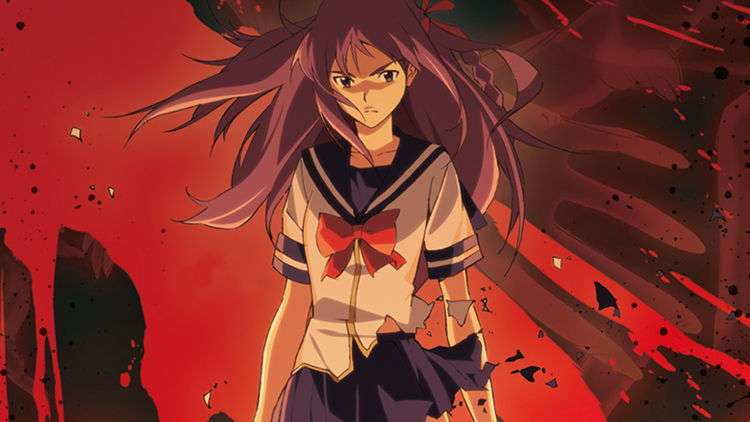 Tells the story of a world in which people who have some fixation for this world are money fame revenge etc. The story revolves around Hoshimura, Makina an immortal girl created to kill the undead turn into zombies. Now she was murdered resurrected and now she’s one pissed-off zombie armed with a pair of machine guns.

There’s your plot well it doesn’t exactly go full-on balls-to-the-wall as much as it could seeing he may make headway in shooting down the hundred. And eight other living corpses in order to gain entry to heaven is certainly thrilling it zones throw in a decent back and forth with her companions. And you’ve got a fun little romp here packed to the brim with bodies and bullets.

3. The Garden of Sinners ( Kara no Kyoukai ) 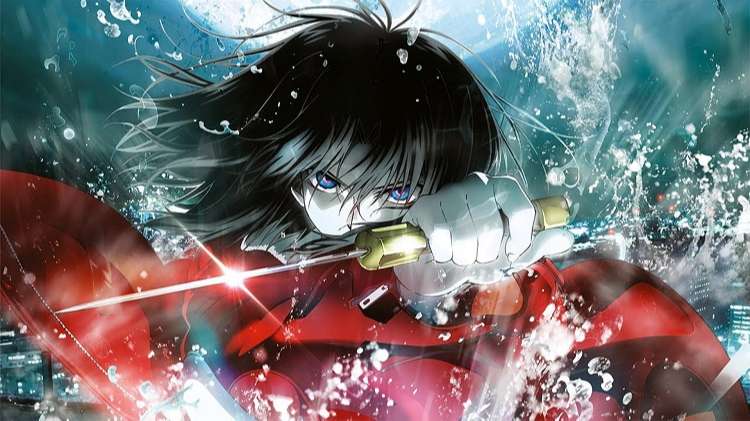 What falls is a series of 8 films that take place around the boutique river and a teenage girl. Who after waking up from a coma of two years of a traffic accident discovers. Where sees death in every living being due to the magán sign shocks some eyes capable of perceiving death in all things. But feels lost something in exchange for the whole child born to the roig family, and ex by in general.

They are always born males are trained in various disciplines to that, they manage to divide their personality, and thus form a clan of human beings’ superiors. So every member of the family has a masculine personality. And another feminine which is used according to the occasion that, is presented to the new awakening this feels her masculine personality.

What leads him to substitute the spiritual death of his personality in the tone male, that would put in all history a dark world. Where the knife that will attract the reflections of many mysteries really does not have a specific synopsis since even movies. 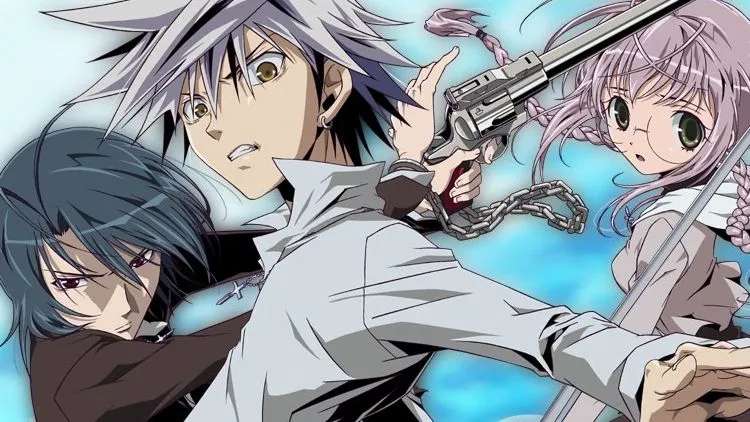 The story revolves around my goat, a young woman Michiru Kita, who has a gift enough can tell when someone is going to die. When she sees gray rings around the necks of the people, who are going to die this ring is darkening. And when gets a black color the person dies mitch, and rudy to his power without.

However, she gets into trouble when she discovers the secret of two classmates from his school girl Akatsuki and Shito Tachibana who has totally black little rings are zombies because they made a contract with an office called Zombie-Loan.

Michiru is forced to work with them to help them in their tasks due to their contract. Throughout the anime, will see how a girl Michiru develops feelings to such a degree of jealousy when other people approach them.

1. Highschool Of The Dead 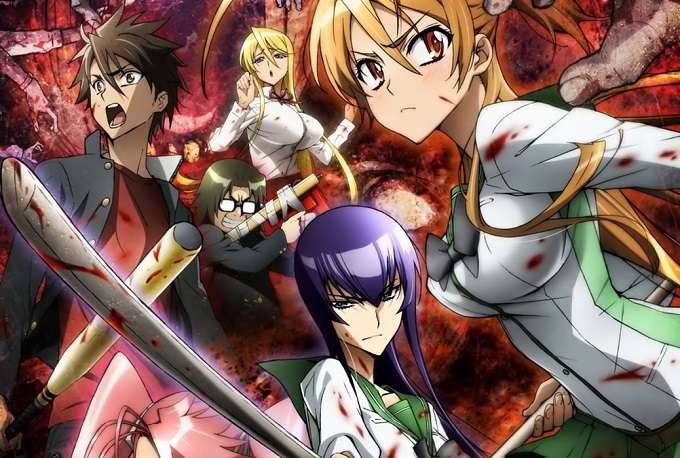 Zombies and students in full action and a nurse who surpasses the laws of physics. What this anime brings you is who it is from anime we will see. Takashi Komuro a boy was on a normal school day. And that suddenly he will have to live a zombie apocalypse. but don’t worry since you are almost not alone in this adventure. that he will have to live from now.

Since he will have several schoolmates with whom they will make a group survive or not the childhood friend becomes king from Takashi the girl is found smart who is an expert in weapons. One who is an expert in swords and for last but most important of all the nurse who surpasses all laws of physics.

Of course, all they fight back a group arrived in which they tried to survive from this zombie pandemic, and thus be able to return to see family someday so keep on to this great group. Where they spent moments of many actions there will be many laughs and more importantly there will be many scenes that you are going to like them.

If you haven’t seen these series then watch right now and there we have the top 10 best zombie-based anime let me know in the comments what your favorite is zombie anime, do you agree with the list.