We have some amazing news regarding Dr. Stone’s season 3. We all knew that it was coming since the second season ended.

It is run with the announcement saying that the third season is happening and that it is in production but then at jump festa 2021.

We did get a brand new trailer along with a little bit of extra information. So season 1 premiered in the summer of 2019 with a total of 24 episodes.

The second season premiered in the winter of 2021 and had only 11 episodes. But we now have two things to look forward to; the first one is we have a special ova episode that will be premiering in 2022.

So it will be Dr. Stone’s special episode Ryusui that will be coming out in the summer of 2022.

Then after that, it is confirmed that season 3 will be premiering sometime in the year 2023. We don’t know exactly when, but that is the release window that they have given us so far.

We know that is a long way out from now, but there was a two-year gap between the first and the second season.

We do know that the special episode will be an original story that acts as a bridge that connects season 2 and season 3.

So this ova episode is a must-watch, and here is the brand new key visual that they did reveal for it the animation studio that will be doing. 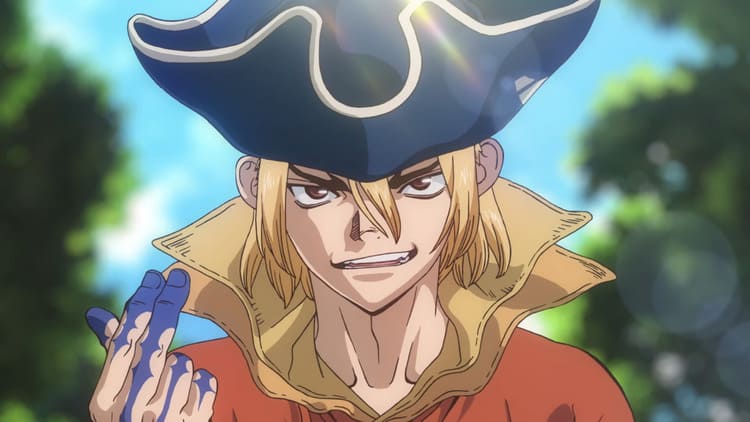 It will still be studio Tms entertainment. A few fans are saying that Dr. Stone’s season 3 could have potentially 22 to 24 episodes based on the manga.

This is all, of course, just based on how the manga goes well. The manga series as of right now has a total of 23 volumes, the last of which came out on November 4th of 2021.

The most recent season, season 2, the stone wars anime adaptation, ended up picking up the story at volume number 7, chapter 61 of the manga series.

It did find a stopping point at volume number 10, chapter 83. So that is where the third season will pick up from, and it looks like this third saga of the manga has over 50 chapters.

So we can only hope for more episodes of Dr. Stone when season 3 does release.

It is still a long way out from now, but it isn’t too bad, given that. We do have at least an ova special to look forward to this year.

If you guys are excited about this news, we will definitely let you know once we do get more info.